At its heart, IBSA is a high-performance sports organisation. This means that it governs and promotes sports for people with visual impairments. However in addition to its role as an advocate, IBSA is also officially responsible for the day-to-day running of a specific number of sports as an International Federation.

These are goalball, judo and blind football, all of which are contested every four years at the Paralympic Games.

For all sports, IBSA ensures that each is constantly expanding into new countries, maintains rules and regulations, builds partnerships, has a suitable anti-doping programme and has a full and varied competition calendar which includes regional and World Championships and smaller events.

For the latter sports, IBSA advocates for their inclusion at the Paralympics where they meet the requirements of the International Paralympic Committee.

The International Blind Sports Federation (IBSA) has been representing and developing athletes and sports for people with visual impairments for 40 years.

As a founding member of the International Paralympic Committee (IPC), IBSA plays a crucial role in growing both Paralympic sports and Para sport more widely. It has become the world’s leading organisation for the development of sport for people with visual impairments.

In the decades before IBSA was officially established in the 1980s there was a growing push towards promoting sports for people with impairments more generally.

This began in Great Britain in 1948 with the Stoke Mandeville Games for injured servicemen and women with physical impairments from the second world war, famously founded by the father of the Paralympic Movement, Sir Ludwig Guttmann. Four years later in 1952, the event transformed into the International Stoke Mandeville Games. 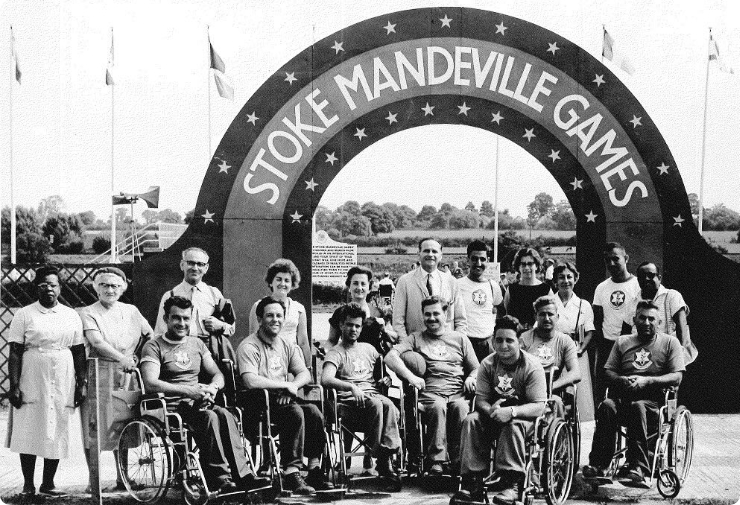 Stoke Mandeville Games in the 1960s. Image courtesy of IWAS

The Games would continue to grow in popularity and attract more countries and athletes as the years passed. The International Stoke Mandeville Games later became the Paralympic Games which first took place in Rome, Italy, in 1960 featuring 400 athletes from 23 countries.

In 1964, recognising that there were many more people with visual impairments, amputations, cerebral palsy and other disabilities who wanted to compete in sports, the International Sports Organisation for the Disabled (ISOD) was founded.

ISOD became a growing force and pushed hard for the inclusion of blind athletes into the Toronto 1976 Paralympics. Goalball became the first sport for people with visual impairments on the Paralympic programme.

The early days of IBSA

Founded in 1981, IBSA’s first congress was held at the UNESCO headquarters in Paris, France, and was attended by 30 countries.

By now, momentum was building behind the Paralympic Games. IBSA was one of four organisations who in 1982 formed the International Co-coordinating Committee Sports for the Disabled in the World”, known as the ICC.

IBSA’s status as a legal entity was then formalised in 1985 with the adoption of its first constitution during the General Assembly held in Hurdal, Norway. Three years later, judo became the second visual impairment-specific sport to be included on the Paralympic programme in Seoul, South Korea.

Blind football (football-5-a-side) rounded-off the current trio of sports when it made its debut at Athens 2004.